When the last space shuttle takes off from Cape Canaveral this week, it will carry with it many of my own memories from the time Debbie and I lived on the Space Coast of Florida.

Many of the members of our church were NASA administrators, flight controllers, scientists, and operational specialists. We didn’t have so many full-time space jocks in Florida (most of the astronauts lived in Texas), but we had the men and women who made them fly.

I listened as my friends at the Kennedy Space Center would describe the exquisite calculations required to send someone into space and what it took to propel a four-million-pound spacebus 250 miles straight up at 17,000 miles per hour. Talk about bang for a buck…..a single shuttle mission cost almost half a billion dollars.

What’s the most important scientific principle that kept the shuttle in the air (and the non-air of zero gravity)? Perseverance.

When the Challenger exploded, NASA had some of its darkest days.

The shuttle program could have ended on January 28, 1986. But dreams were too strong, the drive for the stars too powerful.

That’s when perseverance became NASA’s most important tool: perseverance is “steady persistence in a course of action, especially in spite of difficulties, obstacles or discouragement.”

One of my friends in Florida was Conrad Nagel, who serves as chief of the Shuttle Project Office and was right in the middle of the events of that day in 1986. He was also in charge of the shuttle Atlantis, one of the first shuttles launched when the program resumed two years later.

In 1988, Atlantis represented our national will to persevere and return to space. And it’s that same Atlantis scheduled to fly the final shuttle mission on Friday.

Perseverance matters in parenting too. Forging on through the daily difficulties of fighting for your family is just as important as any space mission.

When we selected perseverance as the July virtue for our kids, we defined it as “refusing to give up when life gets hard.” Refusing to give up is what fighting for the heart is all about. We’ll all be tempted to give up, from the very first middle-of-the-night diaper to the broken curfews of senior year. But if you make the intentional decision to fight FOR your kids instead of WITH your kids, you’ll persevere.

That’s why whether you’re piloting a space plane or picking up the kids at school after another long workday, this passage from Isaiah can propel you forward: “Those who hope in the Lord will renew their strength. They will soar on wings like eagles; they will run and not grow weary, they will walk and not be faint.” (Isaiah 40:31, NIV)

The writer of Hebrews was thinking of saints like Isaiah when he wrote some powerful passages about perseverance. For example, he mentions Moses specifically when he says Moses “persevered because he saw Him who is invisible.” He knew that we would be fortified by the examples of those who had come before us.

So here’s what’s mission-critical. Just as we’re encouraged by stories like those, the stories of how we ourselves persevere in times of great difficulty will influence and inspire those who follow us. The next time you’re tempted to give up or give in, remember this: you’ve been given everything you need to soar on wings like eagles.

After all, it’s not rocket science. 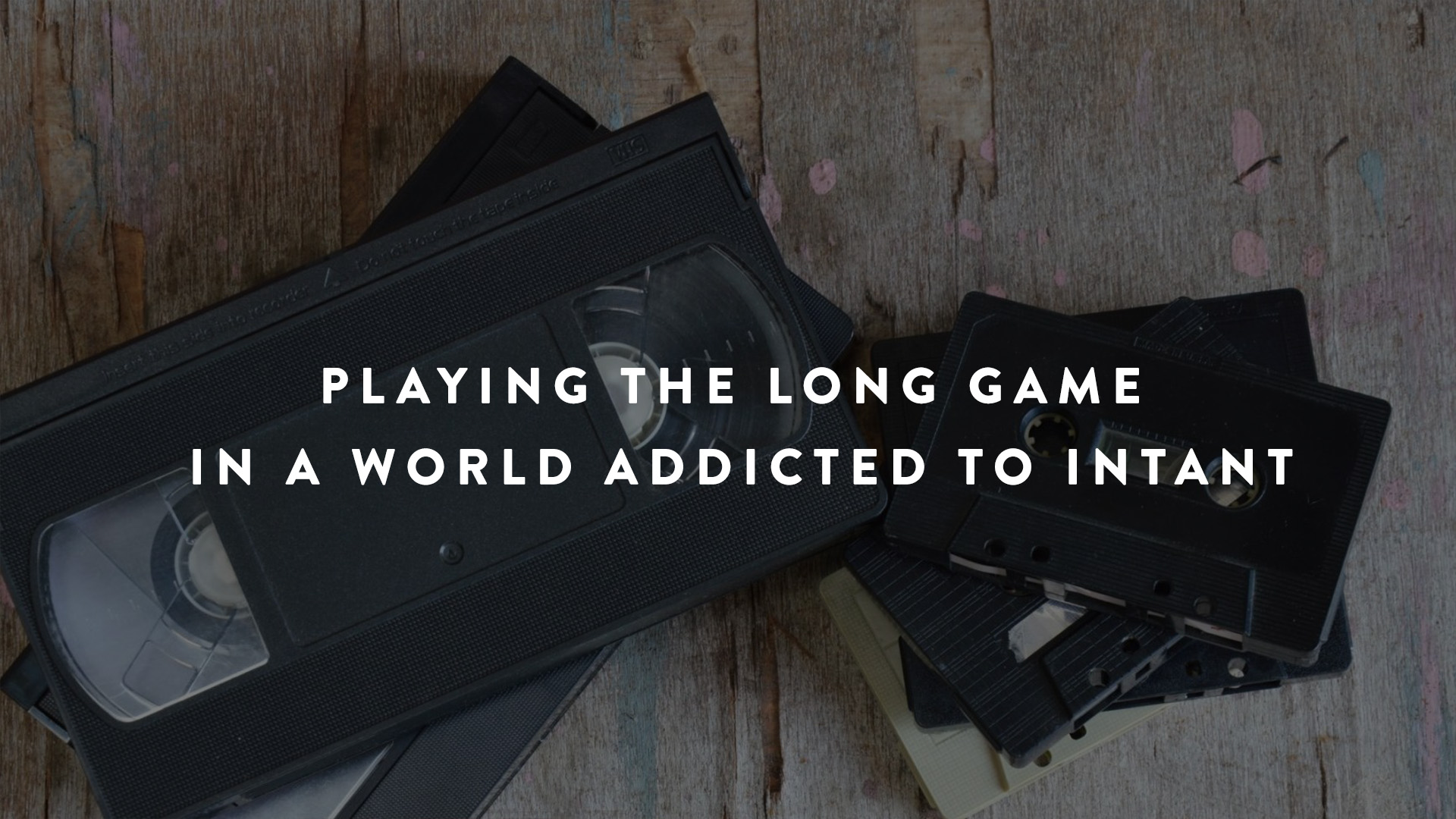 Playing the Long Game in a World Addicted to Instant

How To Abandon Your Family Without Meaning To

Fight For The Heart | Widen The Circle

The Job Only They Can Do