What happens every day in your home defines what normal becomes for your family. It may become normal to go camping every summer. It might become normal to eat turkey at Christmas but have hamburgers on Saturday. Normal might include going to school, spending an hour on homework after school, going to the movies once a month, having friends over every Friday night, and knowing that Dad is passionate about keeping his car in great
shape.

Parents determine what’s normal by the rhythm they establish in their homes. So—and here’s the key question—how normal is God in your home?

Some of us are just old enough to have still received fine china as a wedding gift. These days, we’re wondering why it was a priority, because we never use it. Our kids don’t see it as normal because it rarely comes out of the cabinet. When it does come out, the kids figure someone special must be coming over, everyone’s concerned about whether it breaks or not, and we all tend to get a little more uptight. Consequently, our china set has missed a lot over the life of our family.

It missed almost all the conversations we’ve had over dinner. It missed the laughter, the wrestling after supper, and some hilarious times with the four of us and with friends. It missed all the practical jokes we’ve played on each other and all the snacks during movies. It missed the arguments, the tears, and the seemingly incurable hiccups. It pretty much missed everything. If you ever asked my kids if they ever wanted it as an inheritance, they’d likely say no. It just isn’t a part of anyone’s life.

We haven’t thrown the china out because it costs a lot of money, and it’s important in the sense that valuable possesions are important.

Some of us grew up with a faith like that. God was important, but He just didn’t come out much in the daily rhythm of life. Some of you grew up in a home where faith was never talked about. You never went to church on Sunday, and God never came up during the week. It wasn’t part of your rhythm at all.

Some of you grew up in a home where God was part of a Sunday rhythm, but like fine china, He never showed up on any other day. You didn’t pray at meals. God was never part of a daily dialogue. In fact, you could never figure out how the God of Sunday had any claim on everyday life. It was just a mystery to you.

You knew it was important. You believed at some level that God had value. But like the china in your cabinet, God just didn’t see much time in your family’s life. Some of you grew up in a decidedly Christian home, and God was part of a rhythm. For some of us, it felt like a bit of an awkward rhythm.

A well-meaning and sincere parent would bring out the big Bible after dinner. A passage would be read. And then questions would be asked. I’ve tried that as a parent, and it’s all good until the uncomfortable “no one’s answering my questions and can we please just be excused” moment that inevitably follows. It feels so formal, as though it isn’t actually connected to everyday life. Somehow faith ends up feeling like a compartment we step into for a moment rather than a conversation that’s woven into the fabric of life.

That’s the difference between a God who is at the center of the family and one who is put up on the shelf and only taken out for special occasions.

When you were growing up, was God a part of the every day rhythm in your family? How “normal” is God in your home today? 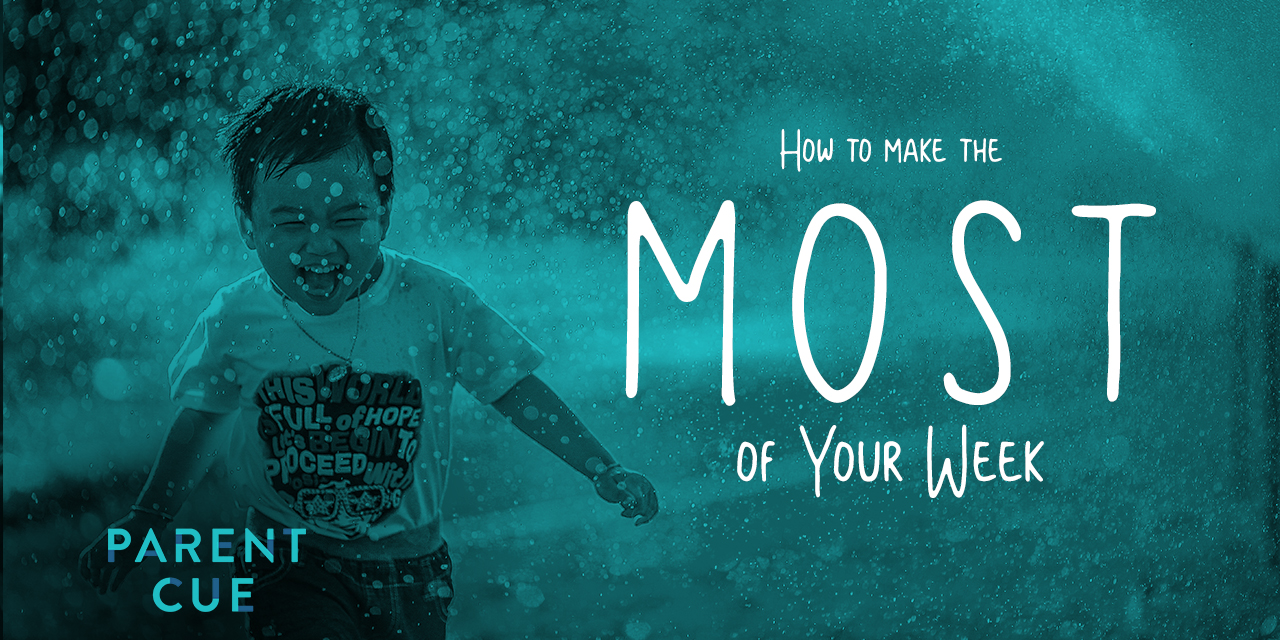 How To Make The Most of Your Week

Create A Rhythm | Make It Personal