I remember the first time I became super aware of the way I looked. It was my first middle school dance, and, as an eighth grader, this was a pretty big deal. I had waited my entire middle school career to be allowed to attend a school dance (my parents had rules). A DJ (playin’ “Ghetto Superstar and The Boy is Mine”), tons of snacks and sodas, a pretty dress, my best friends on the dance floor—this was the stuff my 8th grade dreams were made of! And you guys, I was having the best time.

That is, until the lights dimmed and music slowed, and Aerosmith’s “I Don’t Want to Miss A Thing” began playing. Suddenly, everyone was pairing off to sway to the music in that awkward, middle-school-slow-dance kind of way. Everyone, that is, except me.

I guess this would be a good time to mention that I was a total “tom-boy” who sported a short hair-cut, was built like an athlete, and up until this point I only wore athletic clothing. Chicago Bulls clothing (or colors) to be exact. I was determined to be the first girl who made it to the NBA (female professional athletes weren’t super respected back then, which meant I mostly looked up to male athletes). I wasn’t super girly, and this was definitely the first time my classmates had seen me in a dress. That is why, according to a girl who saw me standing solo on the wall during slow dance after slow dance that night, nobody wanted to dance with me.

Thanks to this classic middle-school mean girl, my eyes were opened up for the first time that the way I looked was something I needed to think about negatively. She gave me my first sense of body image, and it wasn’t a good one.

What is Body Image?

While it may not happen just like it did for me, the reality is that body image is something that most middle schoolers are becoming aware of and beginning to struggle with. When I use that term body image, I simply mean how we see ourselves when we look in the mirror or picture ourselves in our minds.

Body image : How we see ourselves when we look in the mirror or picture ourselves in our minds.

Sometimes, that image is positive. It’s a clear, true perception of your body as it really is. It’s being confident and comfortable, accepting your natural shape and size, and recognizing that physical appearance says little about your actual character and value as a person.

But others times, that image is negative. It’s more of distorted perception of how you look, and it brings with it feelings of shame, anxiety, and self-consciousness.

The way we develop a positive or negative body image is influenced by several factors. Things like the portrayal of men and women and how they’re supposed to look in the media, conversations or words from our family members or friends, and even the way we see our parents or other adults talk about or experience their own body image issues. And there is arguably no time that body image is influenced or developed more than in middle school.

Middle schoolers are already self-conscious about all the changes happening in their bodies. Add to that the messages they’re receiving and the pressures they’re getting in regards to body image, and you’ve got the potential for some major body image issues.

And let’s be clear: This is an issue for middle school girls and boys alike!

Body image is an issue for middle school girls and boys alike!

How Middle Schoolers are Changing

Middle school boys are navigating the tension of being the first or the last to grow and develop muscles (changing for PE class is the worst). Add with that things like facial acne (or back acne), a cracking, changing voice, and an onslaught of new hormones causing your body to react in ways you have no control over, and well, let’s just say it’s not easy to be a middle school boy! And trust me, it’s no better for the girls!

Middle school girls will naturally gain weight as their hormone levels change, breasts begin to develop, hips begin to widen, menstrual cycle begins, and they begin to look more like a woman. For the girls who are developing first, they feel like everyone is looking at them. For the girls who develop last? They also feel like everyone is staring at them. Either way, it makes them want to hide everything about their bodies.

So, if all this stuff is weighing heavily on your middle schooler, what can you do? How can you as a parent step in to guide them through so many changes and help them build a more positive body image? Well, here are 6 tips!

1. Consider your language when talking about food, exercise, and appearance.

Words are powerful so choose yours carefully when it comes to this topic. Use words like “healthy” and “unhealthy” rather than “good” and “bad” or “fat” and “thin.” Be careful not to shame your kids for what they are or aren’t eating. Avoid making jokes or comments about the appearance of others in front of your kid. And even more so, avoid making those kinds of comments directly to your kid.

3. Talk about the media messages you see.

You can’t shelter your middle schooler from unhealthy messages about body image in the media. They’re literally everywhere! But by talking about the messages they may see on TV, the Internet, in magazines, through social media, and more, you can help them build a filter for what’s real and healthy and what isn’t. Encourage your middle schooler to talk to you about the messages they receive and the questions they have about them. This will help them better distinguish what’s healthy and what isn’t.

4. Continue to purchase clothing that fits them where they are right now.

Help your middle schooler feel comfortable in the skin they’re in right now. Don’t force them to squeeze into clothing that doesn’t fit or that you can tell they aren’t comfortable in. Sure, their bodies are changing fast in this phase and that can take a toll on your bank account as you’re buying them more and more clothing options, but you can really help them through this difficult change by making sure they feel comfortable in what they’re wearing and how they look right now.

Help your middle schooler feel comfortable in the skin they’re in right now.

5. Normalize what they are going through.

Letting your middle schooler know that what they’re feeling and experiencing is normal will go a long way. When you see them struggling with how they look, normalize it. When you see them feeling self-conscious about something in regards to their body image, normalize it. You’re not normalizing the belief or feeling they have about themselves, but rather, the struggle they’re having with it. This struggle is normal, and it happens to us all, especially in middle school!

6. Examine your own attitudes, beliefs, and behaviors about your own body.

Your middle schooler is watching you. That means that if you’re struggling with your own body image, they’re going to pick up on it. Do you weigh yourself every day? Put yourself down? Criticize something about your own body? Express guilt or shame for eating certain foods? Punish yourself by over exercising? Be honest with yourself about how you talk about and treat yourself in regards to body image. Then, think about what words, behaviors, or actions needed to change to help set a more positive example for your kid in regards to body image.

As parents, you have the incredibly important, and at times, difficult job of helping guide and direct your middle schooler toward more healthy thinking. Taking these simple steps to navigate them toward a positive body image will go a long way both today and in the future.

As parents, you have the incredibly important job of helping guide and direct your middle schooler toward more healthy thinking.

Related Post:  When Your Daughter Asks Do I Look Fat 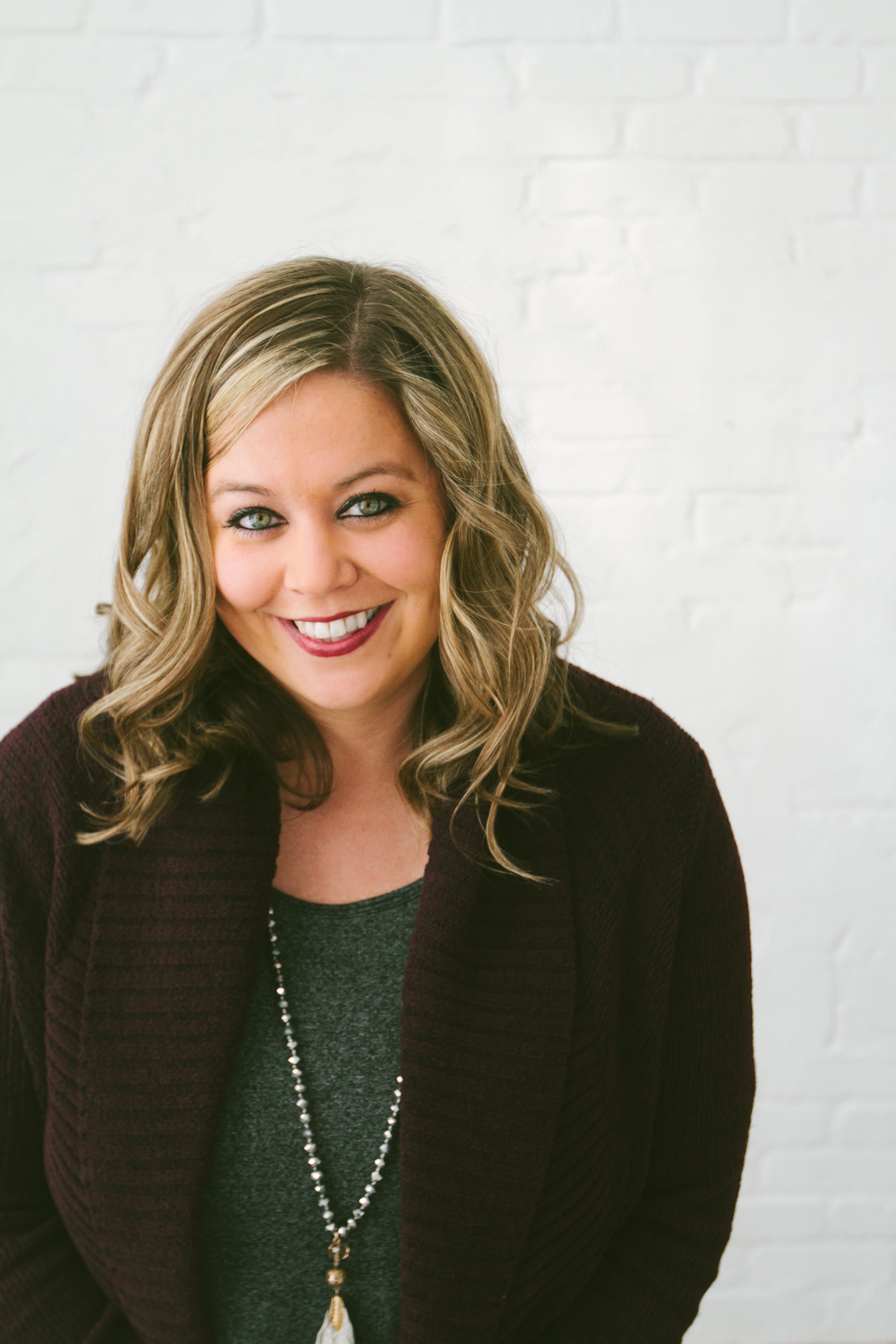 Ashley serves as the Director of Middle School Strategy at Orange. She has worked with students in public education, athletic and ministry settings since 2005. Ashley is most passionate about resourcing the local church, communicating on stage, developing leaders, working with students and world missions. Additionally, she is the USA Director of Carry 117, a ministry in Ethiopia that focuses on orphan prevention and family preservation by empowering women. In her downtime, you’ll find her watching Friends, cheering on the Cleveland Cavaliers, traveling, reading, on one of her Fairytale Friday Adventures, or sorting through her massive collection of army green vests and jackets. You can read more on her blog at ashleybohinc.com. 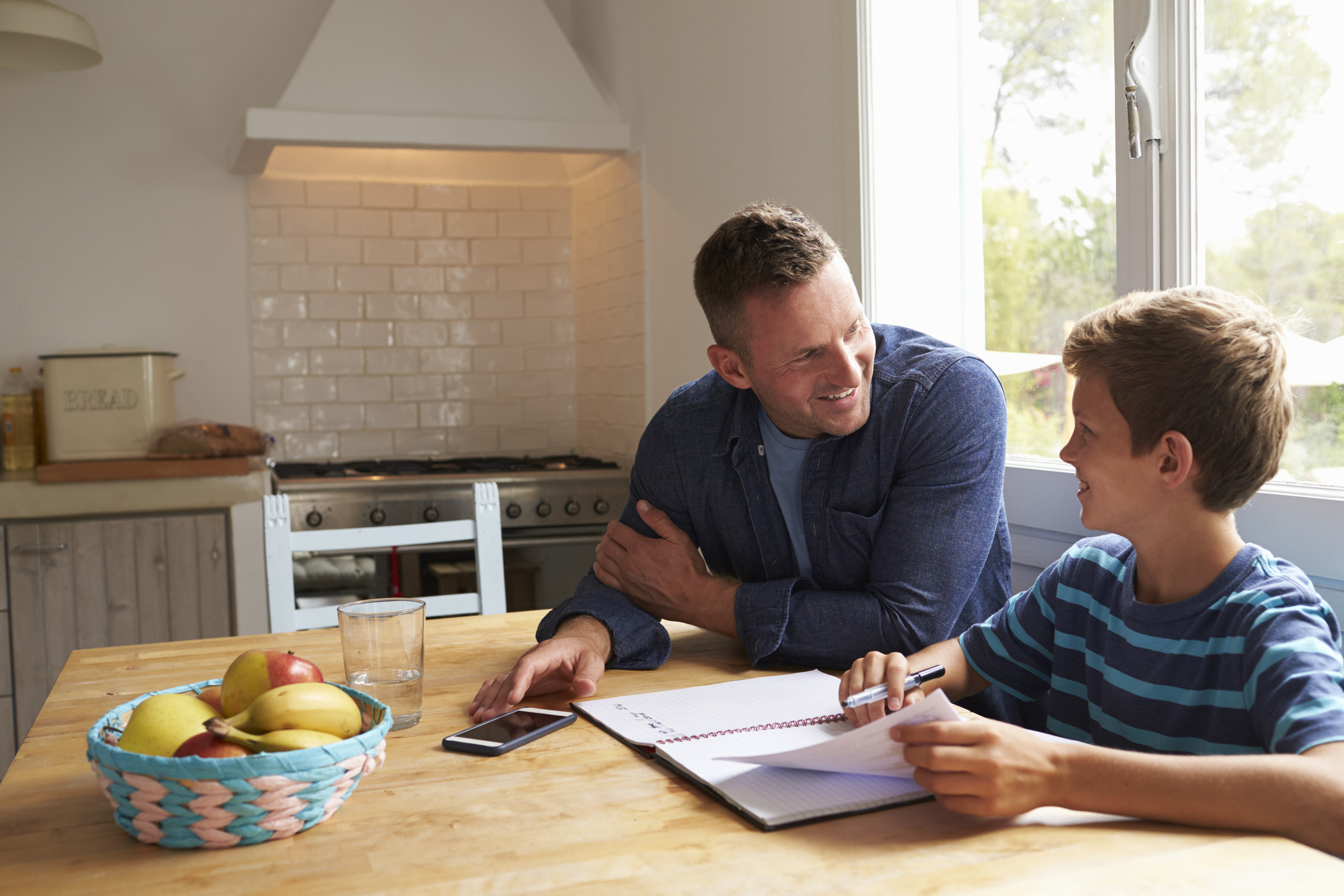 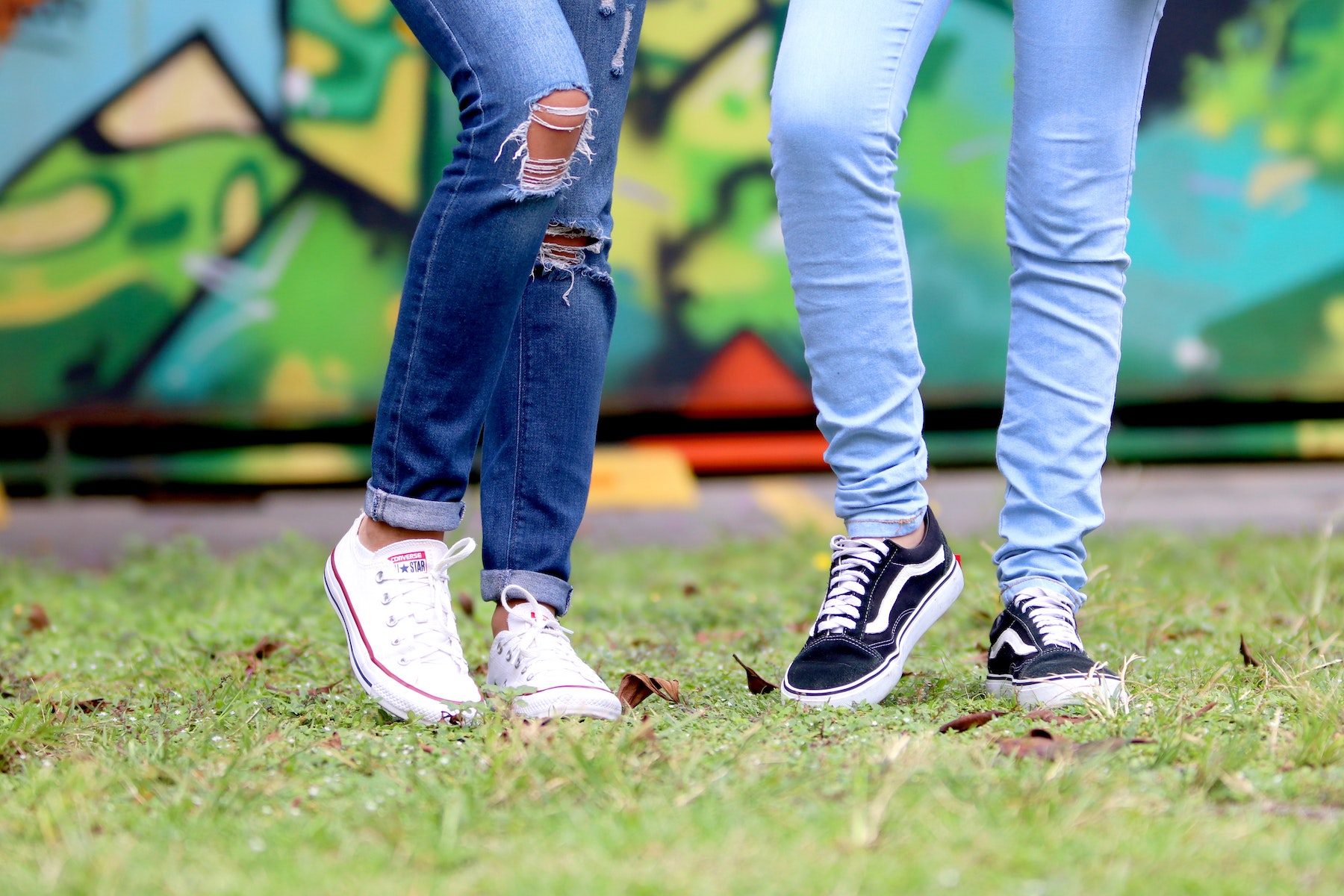 How to Apologize to Your Middle Schooler 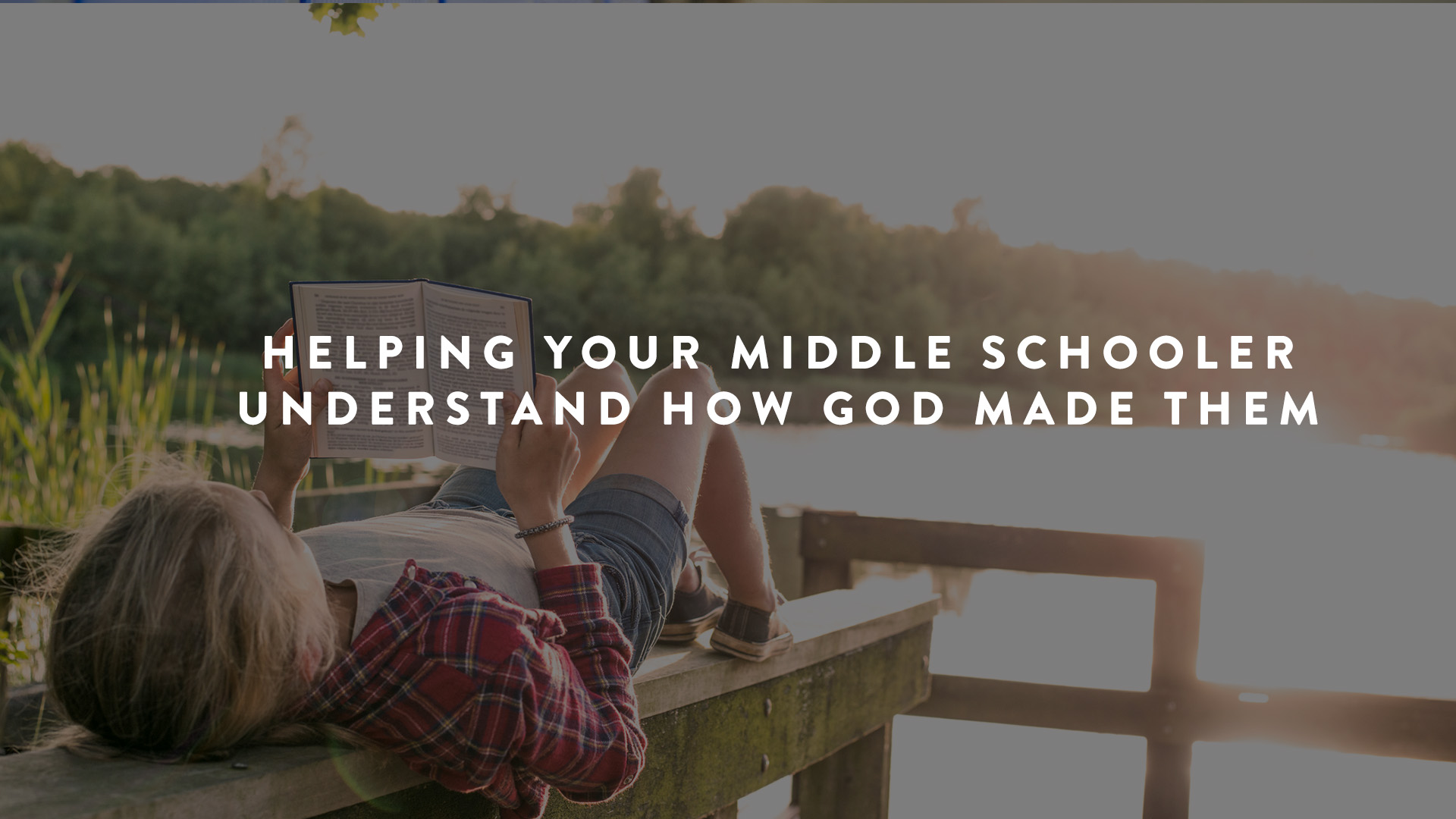 Helping Your Middle Schooler Understand How God Made Them