How Can A Kid See God?

How do kids see God?

Have you ever considered that you may be
the best chance your son or daughter has to see God?

Think about it.
You can’t really see God, can you?

Okay. Maybe you think you have. But I’m going to bet it wasn’t actually God.
More than likely, you were staring too long at a cloud formation, or you drank too much Nyquil. The point is there are no tangible, verifiable images you can hold up and say, “This is God.” It’s too bad social media didn’t exist thousands of years ago. It would have settled a lot of issues for most of the skeptics. Chances are every picture would have gone viral.

My experience suggests that most kids who grow up and abandon their faith are really running away from. . .

They very seldom run away from caring and authentic relationships.

The fact is, in everyone’s story of faith, there are people who show up and become catalysts for their spiritual growth. Think about it. If you are reading this right now, chances are you believe what you believe, and you do what you do because someone influenced your faith. In some cases, it was a parent. In others, it was a significant adult who showed up at the right time in your life.

You could probably write down a short list of people who have been strategic influences in your life. Just like the people in ancient times developed their view of God as. . .

You have developed a sense of who God is because you have met. .

The essence of our faith is linked to the idea that God actually became human. He became one of us.
So we could. . .

Touch Him.
Hear Him.
See Him.

The narrative of the Bible is anchored to the fact that God became a man so He could prove how much He loves us. And that Jesus literally became human. What happened on the cross and at the resurrection is so significant that maybe we should actually stop here and carefully consider what God did by showing up as a person. He became us.

Not a book.
Not a really cuddly looking animal.
Not a supernatural being from Ezekiel’s vision.
But a real, live, breathing
human being.

Sometimes we forget the character of God was revealed to an ancient culture through an actual person. Turn that one over in your head when you can’t fall asleep at night. (Evidently God saw the need to show people who couldn’t see Him who He is by sending them someone they could see.)

Like a lot of parents, I had a routine tucking my kids in at bedtime when they were young. I remember one specific evening when I was in my oldest daughter’s room, and she told me she didn’t want me to leave. (By the way, that phase is long gone by middle school.) So of course, I explained to her that she didn’t need to be afraid because God loved her, and He was in the room with her even though she couldn’t see him. Her response was classic, she said, “Dad I know all that stuff about God, but right now I just need somebody with skin on!” I think she summed up why God sent Jesus to the planet. He knew we needed someone with skin on.

No. You will never be Jesus.
(I have met a few parents who act like they think they’re God, they were pretty frightening.)

You are just an imperfect human that God has allowed to be a dad or mom to an imperfect kid. You have an opportunity every day to give someone a front row seat to God’s grace and goodness in your life.

God put you in your kids’ lives for a reason.

So when you. . .
talk to them,
play with them,
discipline them,
and love them.

Remember, you may be one of the best chances they ever have to see God! 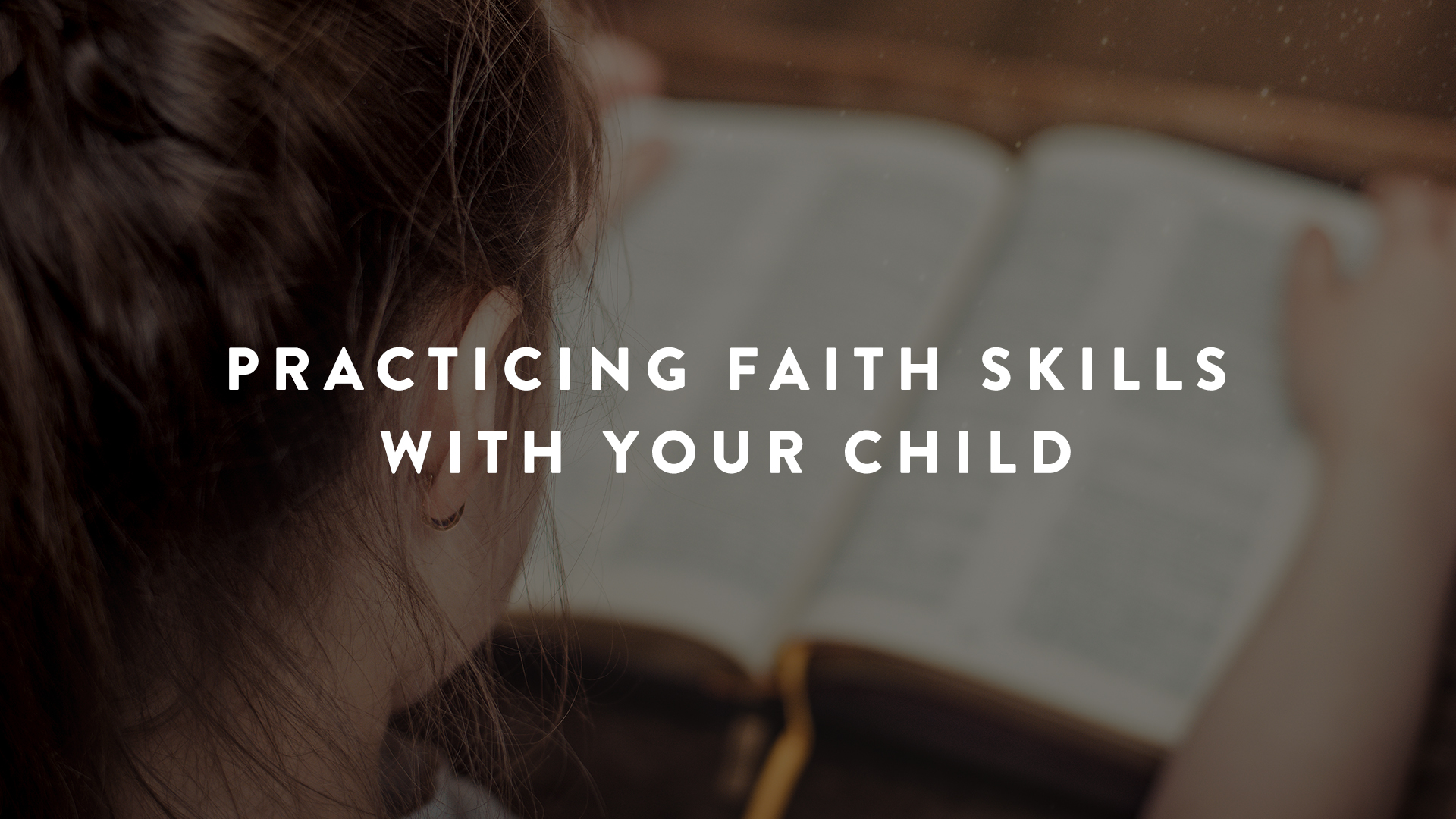 Practicing Faith Skills With Your Child 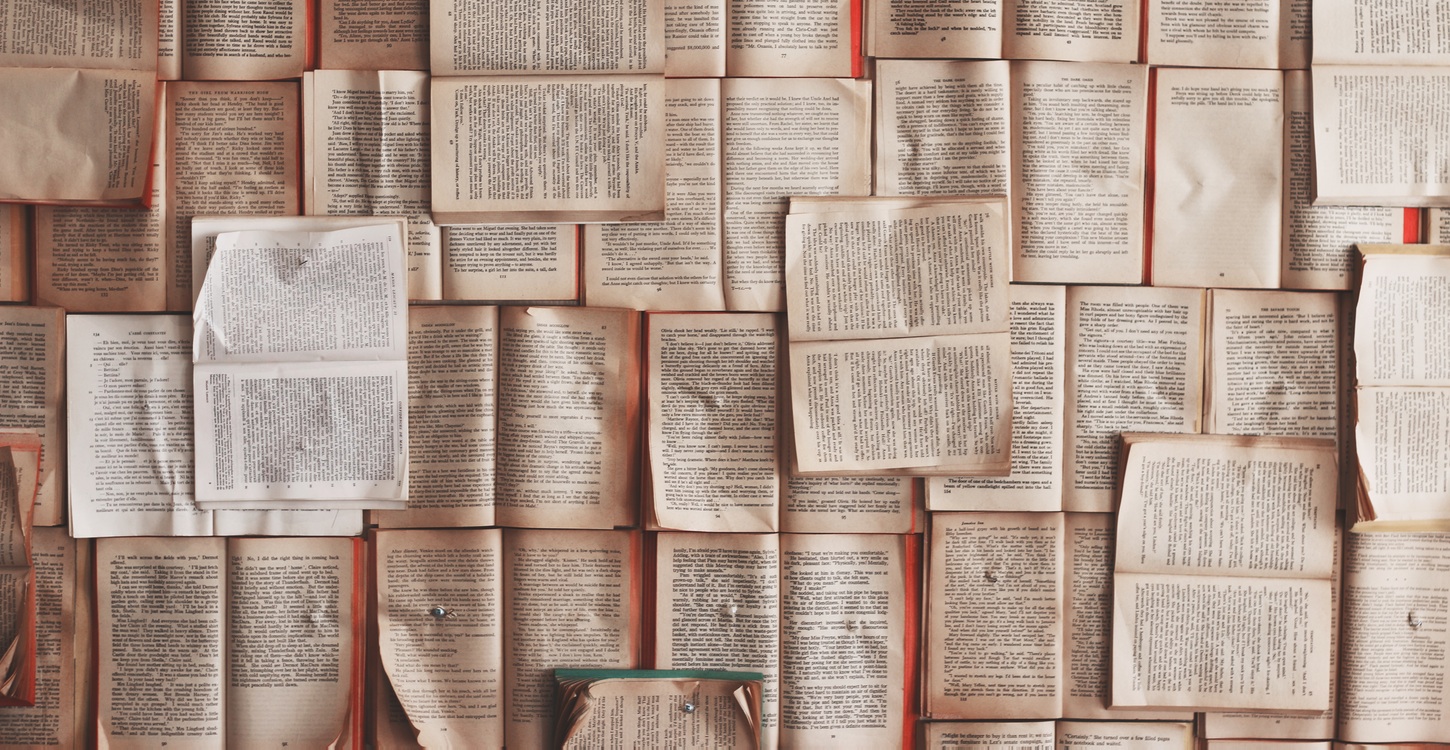 Where in the World: What Jesus, Paul, and Big Hair Have to Do with Faith 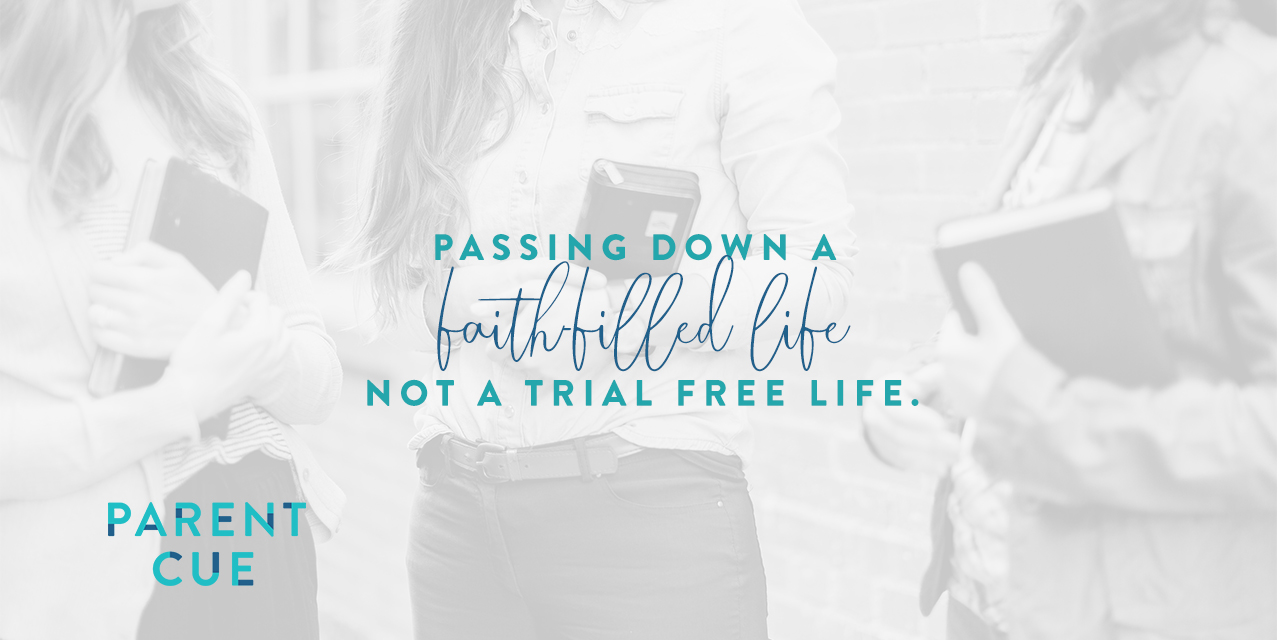 Passing Down a Faith-Filled Life, Not a Trial-Free Life