Are You Focusing On the Right Thing?

Although I wish it wasn’t true, I can often focus on the negative at the expense of the positive.

I tend to focus on:

The “+” that was missing behind the “A” on the report car, rather than the A.

The problems I see, not the opportunities that present themselves.

The cracks in my kids’ character, not the good things so many others see.

About a decade ago, a colleague said something to me that I will never forget. She simply said:

“What you focus on expands.”

Those five words have changed so much for me in the last decade.

I think this maxim is true, whether you want it to be or not:

If you focus on the negative, guess what you end up seeing? More negative.

If you focus on the faults in people, guess what you see? Their faults.

Focus on someone’s strengths and guess what you see? Their strengths.

I have to remind myself to choose my focus as a parent. Because if I’m not careful, I’ll focus on the weaknesses I see around me, not the incredible strengths the people I love most possess.

I’m not saying you shouldn’t work on weaknesses or pay attention to character cracks. But I am saying that if that’s all you focus on, it expands. And often it creates a tension and dynamic you really don’t want.

Know someone is behind me

Know that they see how hard I’m trying

And when they see the good I’m trying to do, guess what I do? Try to do more good things.

If you feel like you’re losing the battle in a relationship, adjust your focus:

Encourage more than you criticize.

Tell them what they did right, rather than everything they did wrong.

Trust, rather than suspect.

Believe, rather than doubt.

Hope, rather than despair.

As a parent,  you have the incredible power to bring out the best or call out the worst in your family (not to mention in yourself). And so much of that gets determined by what you focus on.

So. . .what are you focusing on as a parent?

Because what you focus on expands. 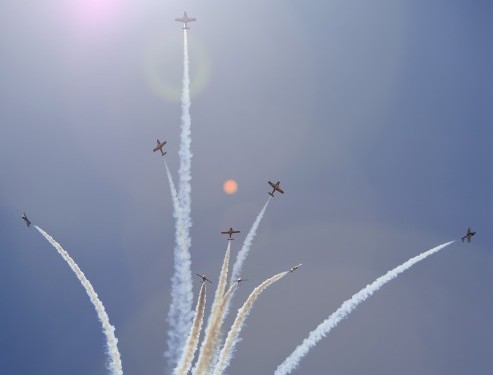