In the Jewish tradition, when someone is named, it’s believed that the essence of who that person is, is being named and drawn out. It’s why Abram, a name meaning exalted father, is changed to Abraham, meaning a father of a multitude, after God tells him of the descendants he’ll have outnumbering the stars in the sky.

When it came time to name my own two boys we searched for names we liked, but also names that had meanings we wanted to represent them and the essence we wanted drawn out of them.

It’s what I dreamt for my boys. If only it was that simple.

If only we could pick the trajectory we wanted for our children by simply speaking into existence the defining characteristics we want them to embody.

It didn’t take long before I realized this is not how parenting goes, and the names and meaning I wanted so badly for them, actually had more to do with the meanings and characteristics I wanted exemplified in myself.

Something in us as parents sees our children as the chance to live vicariously through them and the choices they have, that we no longer have. We are more tempted to see them as extensions of ourselves, as second chances instead of these entirely other, unique and individualized human beings, who came from us sure, but who are autonomous and unique and not at all under our control.

These days, as we raise our children I’ve found a common thread coming from the parents we parent with.

A lot of us are wondering what to do about faith.

We’ve noticed the faith of our own childhood looking different from the faith we have now, the things we thought were certain and strong and made as much sense as anything else, to not be as sturdy as we had assumed. It isn’t that we don’t believe. It’s that the belief is so different from where it once started, the metric of faith so other. We are glad to have arrived where we have in this journey of discovery. But it took a minute to get there. So how do we teach with any kind of authority about faith to our kids when so much feels dismantled, rearranged and unsettled for us personally?

I’ve wondered how to look my boys in their eyes and give them answers, when in truth, the answers feel more slippery than they once were, and my confidence in them unstable.

I think the uncertainty about how to tackle faith with my boys is born from the same place as the desire to name them the way I did. I want to teach them with certitude the things I’ve come to land on so they don’t have to have a period of dismantling, readjusting, rerouting. I want to teach them starting at the finish line, to spare the hardship the journey of faith sometimes initiates in its three steps forward, two steps back.

But what is true about their names is also true about their faith. They are their own. And to wish for them a life of only happiness, peace, and assurance in the big stuff of God, Scripture and all things spiritual—because the alternative is hard—is to rob them of who they are and the distinctly personal trajectory their individual lives will take.

Their story is not mine to write. It is mine to start. And then? To be present should the faith feel more wobbly than they expect.

So I’ll teach my boys on matters of faith like they are starting at square one. With concrete ideas. And certitude. With a lot of wonder but also with a lot of legality. Because they are children. And I’m okay with that. I am not going to introduce a dissonance they don’t yet feel. I’m not going to over complicate what to their young and developing minds feels straightforward and digestible. Even if square one for me was abandoned a long time ago, it was where I had to begin to get where I am now. And besides, that was my journey. It isn’t fair to start theirs at the place mine took 36 years to get to. Especially, when I’m pretty sure I won’t stay where I am now either. In fact, maybe I was wrong to believe that to teach them about faith meant I had to come from a place of having “arrived” myself, when the greatest gift could be a mom en route, in progress, in process.

My objective is to build a foundation in my boys. Not a finished product. And that means we put in place the cornerstones, and also some other pieces that may not stand up over time, but will serve their purpose for right now.

My objective is to build a foundation in my boys. Not a finished product.

I named my boys Asher and Pace, happy and peace because I wanted it for me and I wanted it for them—not realizing it was mine to go after myself, and theirs to go after on their own. And I feared I couldn’t teach them a faith that was mine when I didn’t quite understand myself, not realizing faith was mine to introduce to them in the size and space and understanding that matched their minds, and not mine from my own journey to force into the constructs of their hearts and souls.

The story is better when it’s theirs to own, and not mine to dictate. It takes the pressure off me, and gives freedom to them to be their own person. To fight their own battles. Not mine. To posses their own faith. Not mine. To be who they were meant to be, not who I want them to be.

My kid’s story is better when it’s theirs to own, and not mine to dictate.

Which means I will hope for their happiness. I will pray for their peace. And I will work alongside them as they do the work of building a faith that stands up against all the world has to throw. 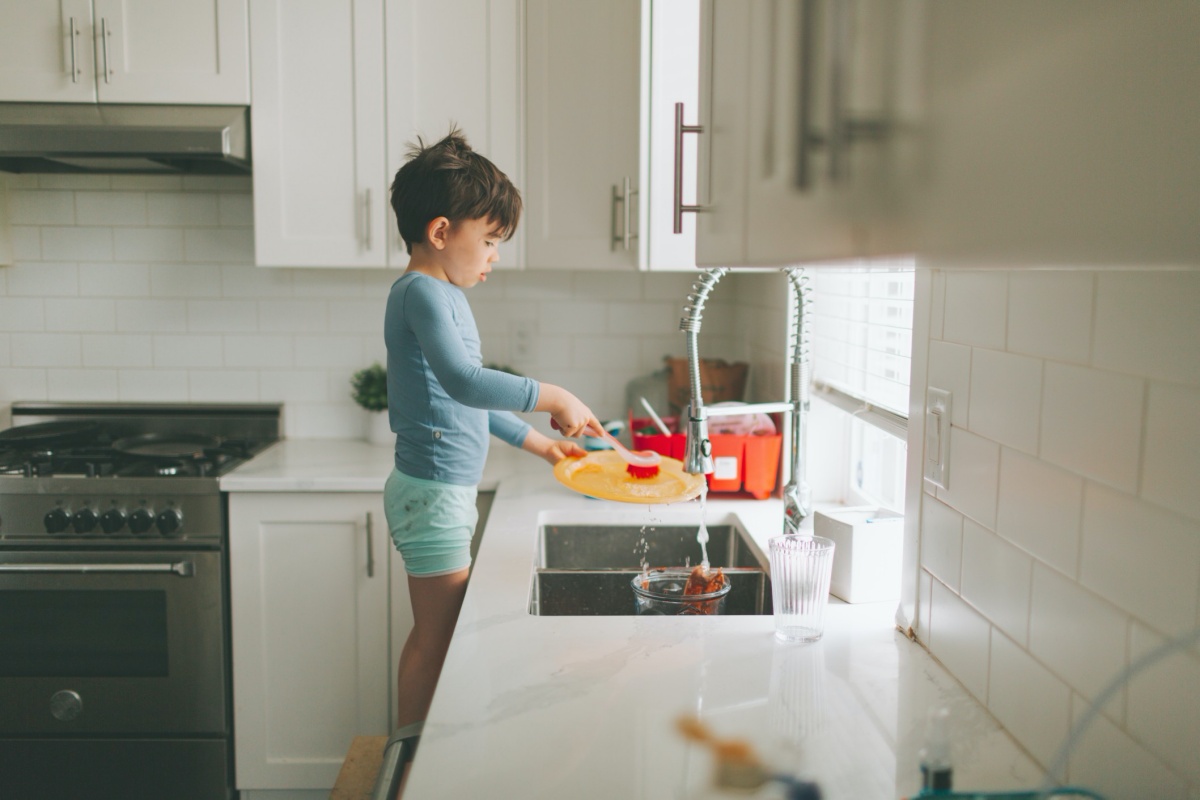 4 Ways to Teach Your Kids Initiative